“We shoot time lapses of the site from the same spot up on a hill every day. The builder and the architect work together solving problems and come up with new solutions bit by bit. In these moments the site is full of good vibes!” 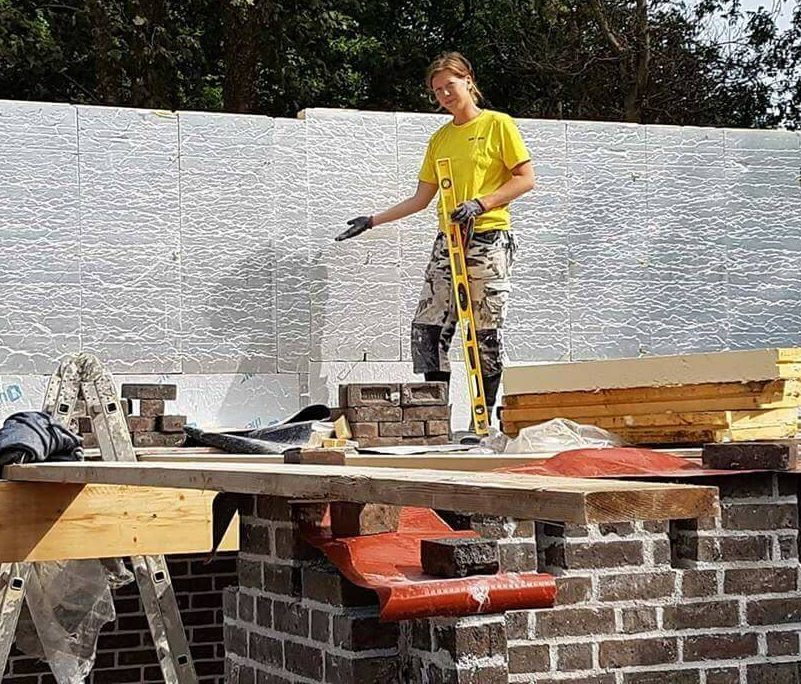 I grew up in Sweden where my Dad is a Bricklayer and my Mom is an Architect. They are both extremely handy and often had building and renovation projects outside of work, going on at home, and in the homes of family and friends.

Growing up, it was common for me and my older brother to be put to work at weekends and holidays to help out but also to keep us occupied while they worked. When I got a bit older I would labour for my dad the odd time during school breaks mixing mortar and cleaning mostly but got to try tiling and laying bricks.

Since I moved to Dublin 14 odd years ago I’ve been doing everything but physical labour and I just finished a 4 year degree in Visual Communications in June. I really love working as a graphic designer (stinasandstrom.com) but a downside is that it chains you to a desk. I knew I needed to do something physical for a while after finishing the degree and before diving back into the screen world. The opportunity presented itself a couple of months before I was finished; my dad had been offered a contract to build an entire home in the west of Ireland starting in June.

We saw an opportunity to get to spend some proper time together; an opportunity we hadn’t had for 14 years so he took the job and I signed up for labour.

My dad being the Master Builder and the architect/client/employer being a friend to the family made it very easy for me to become part of the project. No one on the site ever made me feel uncomfortable or unwanted or treated me different because I’m a woman. I do believe there was a bit of talk in the small town that there was a woman labourer at the site but it didn’t seem negative, only encouraging. 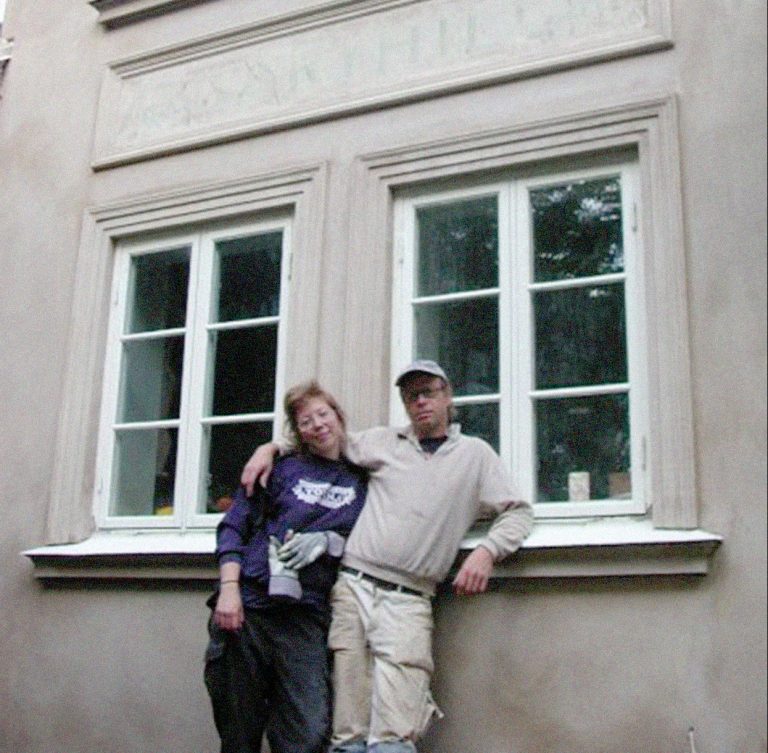 Starting to work in such a physical job was really tough at the start. I felt clumsy, weak and down right stupid. I felt like I was in the way and asking stupid or annoying questions. The first couple of weeks absolutely dragged but little by little that feeling of ineptness went away. I found some things I was particularly good at and I started to learn the rhythm of the building site. It takes a while but eventually you just know what to do and you can see several steps ahead of what’s needs to be done so you’re always moving. The work gets more varied and the days go by quicker.

The most satisfying thing about the work is seeing the physical results everyday. What was just a foundation platform in the start becomes a room. The outside view becomes framed by a window. You start moving around the house the way it’s meant to be moved around in. The architect’s intentions are realised and you can imagine then the end result. It’s going to be an amazing building! One for the magazines!

We shoot time lapses of the site from the same spot up on a hill every day. The builder and the architect work together solving problems and come up with new solutions bit by bit. In these moments the site is full of good vibes!
After working for three month I’ve now moved back to Dublin and have started my own graphic design business. I don’t feel clumsy, weak or stupid when it comes to building or maintenance anymore. I’ll install a sink, put up some shelves, build
a raised flower bed and tile my kitchen no problem. That (and my beautifully defined biceps) is the best thing I take away from my trade experience. I am handy! 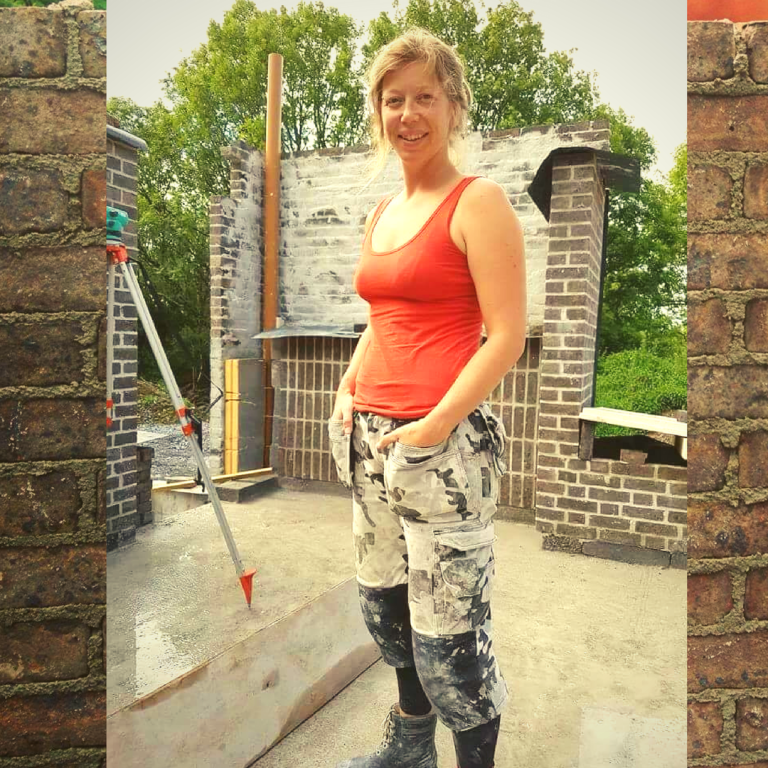