“I am now licensed to drive excavators, wheeled loaders, dump trucks, dozers and scrapers. Basically all machines except backhoe loaders. I despise them! I also have been taught how to read maps and maintain do simple repairs on the vehicles.” 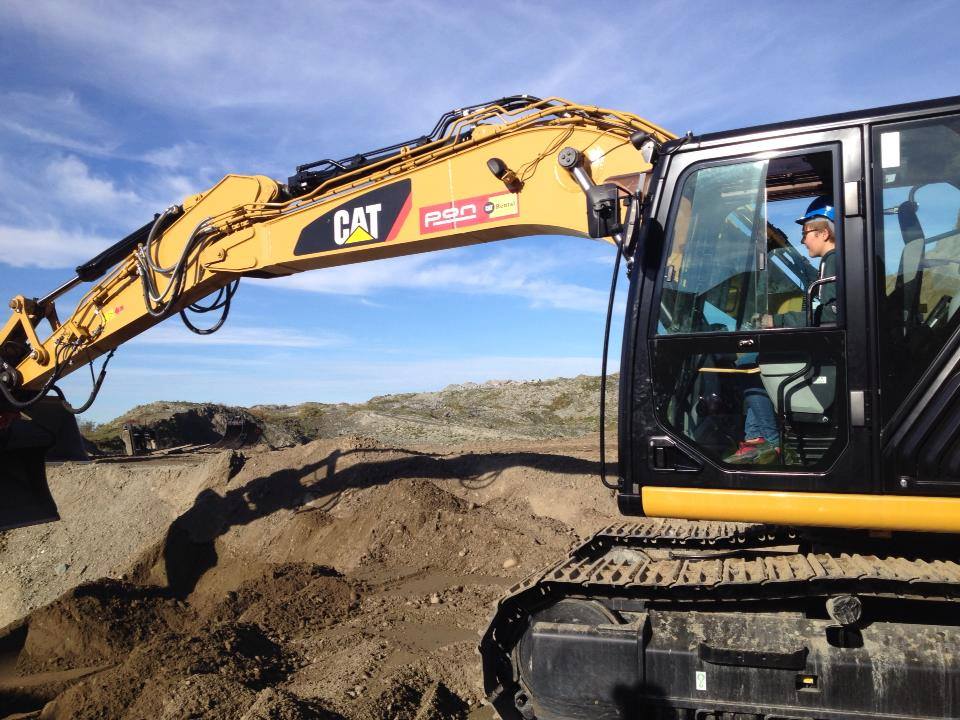 Recently we had the absolute pleasure of getting to catch up with Norwegian tradeswoman, Ingeborg Kjellberg, during her visit to Ireland. She is a machine excavator. What does this mean? And is life for women in Norway as idyllic as we are led to believe? She gives us the lowdown…………..

Work is at Maskinentreprenør Stig Kristiansen AS . It is a small, family-run business with about 15 employees. There are 3 women;  Rita is one of the co-owners and there’s Madicken, another woman Machine Excavator – That’s pretty rare. My assumption, based on experience and chitter-chatter is that we are the only two women in town that drive machines.

At school I had good grades.

By International standards you could call me a B-student. I aced English and Norwegian and ended up acing maths as well in the end. My peers and teachers told me I should go into academia because of my above average grades. Practical trades are looked a bit down on in the Norwegian school system. It’s usually where we put the below average/bottom line students, which creates a very tough learning environment. I remember sitting in maths class and I was the only one getting help from the teacher because “she had given up” on the other students. I think that also reflects on how the society looks/looked at me as a tradeswoman/student. We are looked upon as idiots who can’t be taught anything academic.

The first year, it’s mostly building. I made a garage in carpentry classes, welded pipes in plumbing classes, painted plaster in painting classes and so on. Never did I operate a machine – until mid-second semester. I went into school to become a carpenter, but after doing a few crap tasks in carpentry, I was a little bummed about what to choose for my second year

After grade ten we get to choose which high-school curriculum to pursue. You can study general studies or variants thereof, or a trade – which is two years of school, followed by two years apprenticeship. The government helps you to some degree find your apprenticeship and gives a small subsidy for businesses that offer them. The rates are not bad and you can certainly afford to live away from home from the 1st year of your apprenticeship.

My parents are super supportive.

They have never dared to say anything else! Well, my father suggested that if I was going to go into trade, I should’ve chosen to become an electrician like himself. It’s just too much maths for me… My mother is educated as a structural engineer. She was actually the first woman in Norway to have her exams on digital maps. 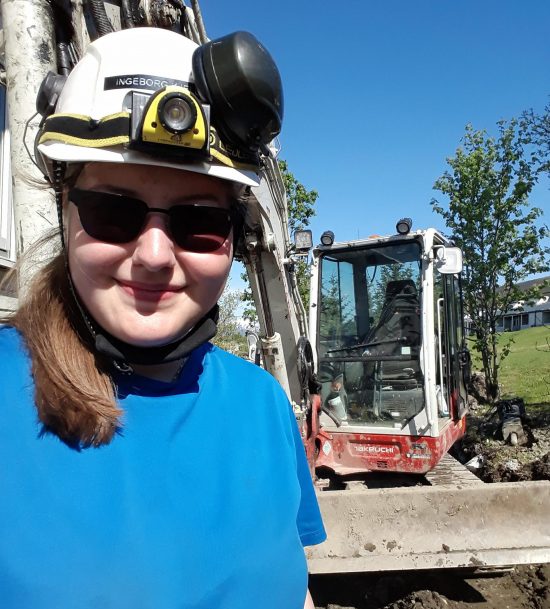 The moment I sat in that machine…..

It was only five minutes, but it felt like an hour sitting there, fixated, thinking “yes, this is what I want to do”.  Next thing I knew I had moved 700 kilometers north, away from my parents to pursue it!

I spent a year in a small town called Fauske, learning to operate different heavy machinery. There were two other girls in my class, only one of which finished with me.

I am now licensed to drive excavators, wheeled loaders, dump trucks, dozers and scrapers. Basically all machines except backhoe loaders. I despise them! I also have been taught how to read maps and maintain do simple repairs on the vehicles.

Despite the impression other countries have of us, professional life in Norway is still very much segregated by gender. …

You have “men’s professions” and “women’s professions”. Even though our wage gap is lower than much of the OECD, it’s still present, and typically, jobs labeled “women’s jobs” pay less than comparatively educated “men’s jobs”. There are programs that take some steps towards rectifying this, but tax incentives only get you so far.

A quota of it has traditionally been reserved for paternal leave, so that both parents get to bond with the child. However, under our current, conservative/right-populist government, they’ve cut back on the obligatory part. This leads to all the leave being taken by the mother for economic reasons (men generally having the better-paid positions). Women’s career advancement is hurt, as is men’s bonding with their children and social equity in the home in a trifecta. There were also talks of restricting abortions, but those were shut down by some very loud protests and the biggest 8th of march parades in decades.

It’s sad to say, but simply reversing the changes to the maternal leave policy would be great….

It used to be that men would get 10 weeks paternity leave, women would get 10 weeks maternity leave and then 26 weeks would be available for both parents to allocate as fit. Now there are 46 weeks allocated to the parents and they decide to do what they will. The problem is that with the current gender pay gap, men are still on the higher incomes and this means that their jobs are prioritised over women’s in much important domestic decision making. Some Fathers are not taking any leave at all.

The #MeToo campaign has been a big deal here

Many very public figures have been named and (rightfully) shamed. A lot of these have been in politics, with the respective parties in many cases being aware of the predatory behaviour going on, yet covering it up. In extreme cases “person x is a serial abuser” has been an open secret in organizations, where instead of throwing them out, they’ve simply taken steps to avoid giving them the opportunity to abuse. In one case, a person wasn’t allowed alone in the room with girls and was told to stay away from alcohol at party functions due to his history. Harassment in Norway has been, to an extent, accepted, but with all these high profile cases out in the media, and actual consequences following, we might see some change as long as we don’t shut up about it. 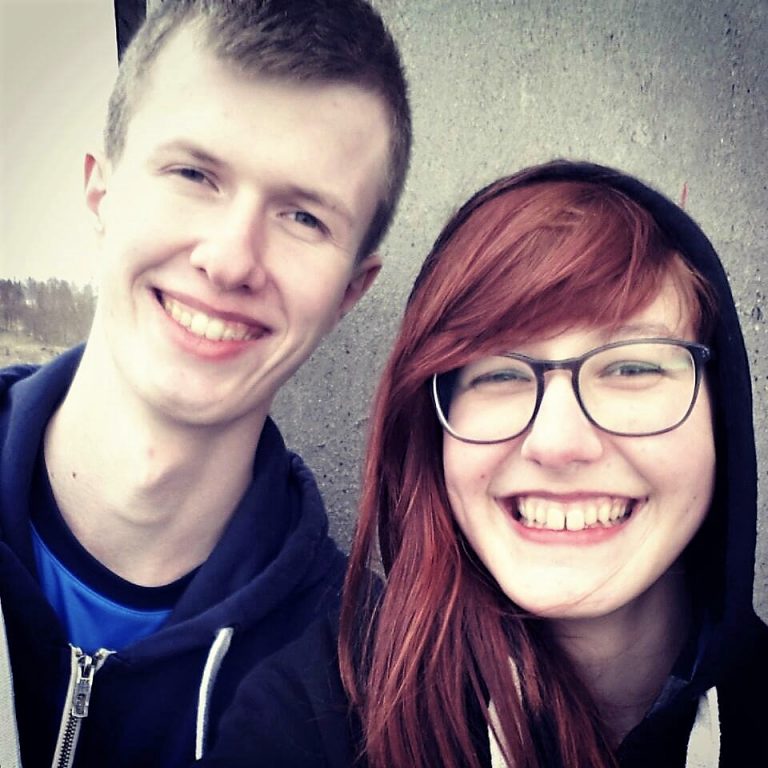 Ingeborg pictured here with Bendik. Thanks for your research assistance for our piece Bendik!